Let me get my excuses in early and point out that Settrington is more than thirty miles from my home and I’m typically tired already before dropping in to the lower gears at the foot of this drag up towards beautiful views of the North York Moors over to the north and – when not following the Yorkshire Wolds Cycle Route – the blissful descent to West Lutton at the end of the delightful ridge. So that’s why I’m struggling to knock on the door of the top 2000 (out of 4000).

I prefer a stiff climb followed by a long slow descent. Settrington is such an example and worth the effort for the descent that follows, especially if the reward is a nice pot of tea in the Coach House Café in Sledmere or refreshments in one of the pubs along the Gold Wold valley between West Lutton and Fordon. 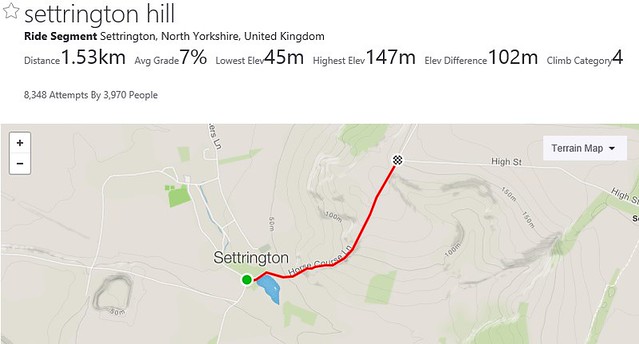 A 20-mile clockwise loop from Sledmere that goes up Settrington Bank. Please beware that cattle roam across the roads on Luddith Road around two miles before North Grimston. A sign as you are about to cross the cattle grid as you leave the fields also warn of bulls being present! 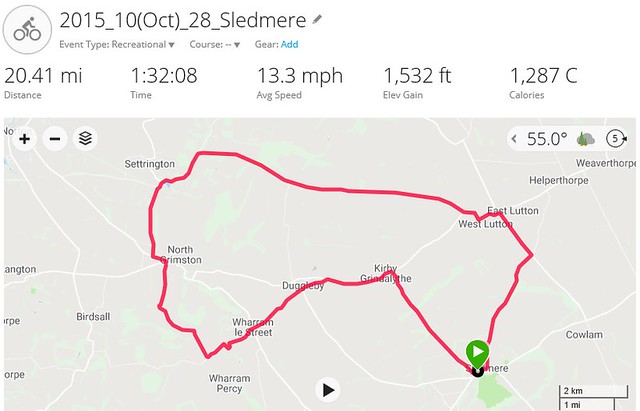