In 2010 a series of eight Big Skies Bike Rides was launched with the aim of encouraging cyclists to discover the varied and interesting terrain of the Yorkshire Wolds. ‘Thixendale from Malton or Norton on Derwent’ is an at times challenging ride of just over twenty miles. It includes the stiff climb out of Birsdall; the wonderful Water Dale descent in to Thixendale; Burdale, with the short but punchy Fairy Dale climb up to Wharram Percy Wold; the reward of an enjoyable descent of Grimston Brow, and the final downhill stretch over Langton Wold as the route is retraced back to the start.

The only criticisms of this route – levelled by one of the group of cyclists who rode with me one day way back in 2012 – concerns the same road: the route over Langton Wold to and from Malton. It’s a fast descent but, unsurprisingly, a correspondingly slow ascent, which isn’t a problem with the other, quieter uphill stretches on this ride. It’s just that this can be a busy road and, for me at least, there is a greater sense of vulnerability as I puff and pant uphill with motor vehicles whizzing past. The other objection on the day was Langton Wold is effectively and ‘out-and-back’; a circular route is generally preferred by the majority of my ride buddies. Still, the same climb forms part of the Pock Pedal, following refreshments in a community centre or similar in Malton/Norton. Perhaps it’s an age thing.

Once over Langton Wold from the start in Malton there is a descent towards Birdsall and pretty views to be had through the estate of Birdsall House, one of an increasing number of Yorkshire country houses now offering its services as a film set. 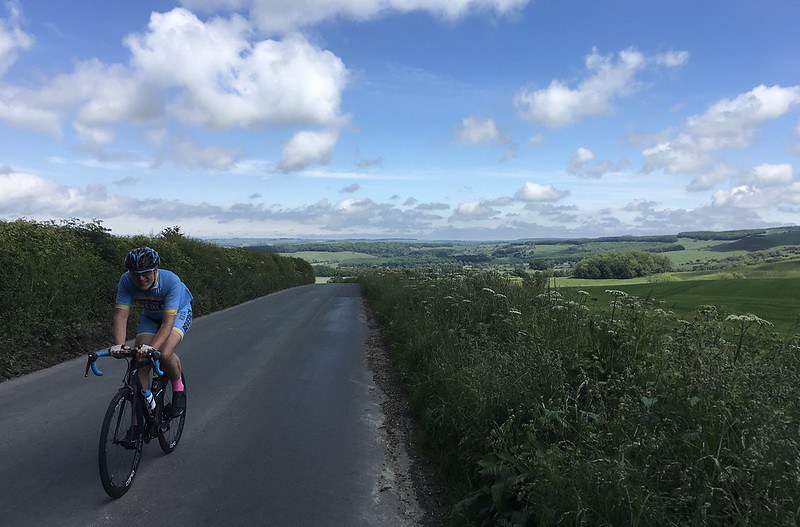 Maybe one day I will set a good time on the ascent of Birdsall Brow. I’ve never beaten my ride buddies up it, and I find it somehow tougher than similar climbs but, as with this ride, I’m almost always thinking about the freefall in to Thixendale through Water Dale to take my mind off the toil. Water Dale is not so steep as to be tough to climb, or too dangerous to descend and it has understandably featured in many Yorkshire Wolds cycle events. After entering the village – the hall opens only on a Sunday for refreshments – the route points towards Burdale, passing the Three Trees near Thixendale before a left turn and what can be a stiff little climb for the unprepared rider. Here’s what John Woodcock, for the Yorkshire Post, wrote about this part of the ‘Thixendale from Malton or Norton on Derwent’ Big Skies Bike Ride:

A couple of miles on you start pedalling back to Malton. That is you would if you were of Tour de France standard. At this point most average cyclists will have to dismount and push the bike up to the plateau above the remains of the medieval village of Wharram Percy.

That makes it sound tougher than it probably is, but the pleasant view of Fairy Dale affords a distraction from any exertions – just watch out for gravel on the way up. I’ve yet to visit the deserted medieval village at Wharram Percy – from memory the bridleway looks a bit choppy for a road bike – but for those not in a hurry it’s always an option. (Looking at the map I wonder if it is possible to get down the hill to the village from the road then rejoin the route later at the switchback near the ford along the bridleway – just don’t quote me on that.) 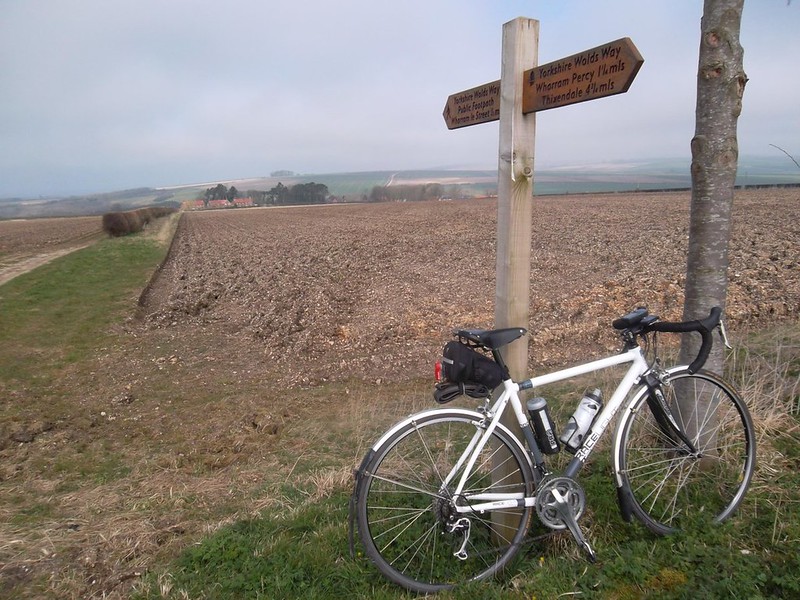 There is a part of this route along a bridleway that the excellent map suggests should be taken. I’ve done it once and it was fine. The alternative is to take the main road. I’ve never had a problem – there is soon a 30mph warning sign after the road is reached – and a left turn at the crossroads in Wharram le Street brings us back on course. A lovely, typically quiet, road drops to a ford (I’ve yet to see any water in it) and a short sharp climb before the right turn towards Grimston Brow. I should point out a couple of things, not wanting to put you off or anything, the first being that this is fairly remote now – from memory it’s a struggle to get a phone signal – and the descent of Grimston Brow is through a rarely gated cow field. The road surface is much improved since I caused something of a mini-stampede one time. Other riders have reported trying to shoo away uncooperative bovines before taking Luddith Road as an ascent. Still, on this Big Skies Bike Ride we’re going downhill, so it will all be over that bit quicker. 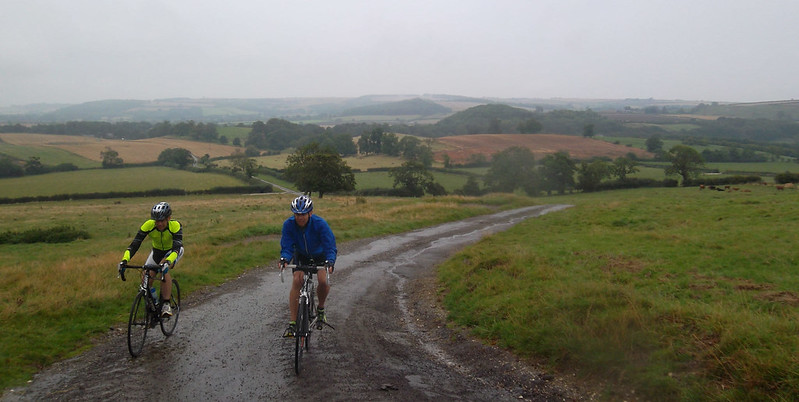 Luddith Road/Grimston Brow. Arguably best done as a descent, and maybe keep an eye on the weather forecast

Safely over the second and final cattle grid on Luddith Road and it’s a usually quiet road towards Langton Wold and a gentle climb before the pacy drop back down to Malton. I used to like the full English breakfast at the Yorkshire Tea Rooms in the self-styled food capital of North Yorkshire, but it’s been a while…

The PDF maps for the Big Skies Bike Rides are not stored on this web site, but can be downloaded from this page. 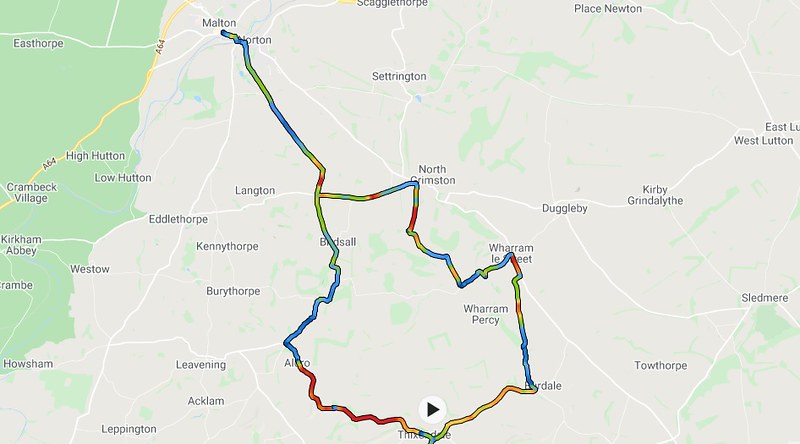 Technically, I don’t have this route as a Garmin Connect activity or Strava segment, but for what it’s worth here is the Thixendale from Malton or Norton on Derwent Big Skies Bike Ride on Garmin Connect as part of a longer ride.