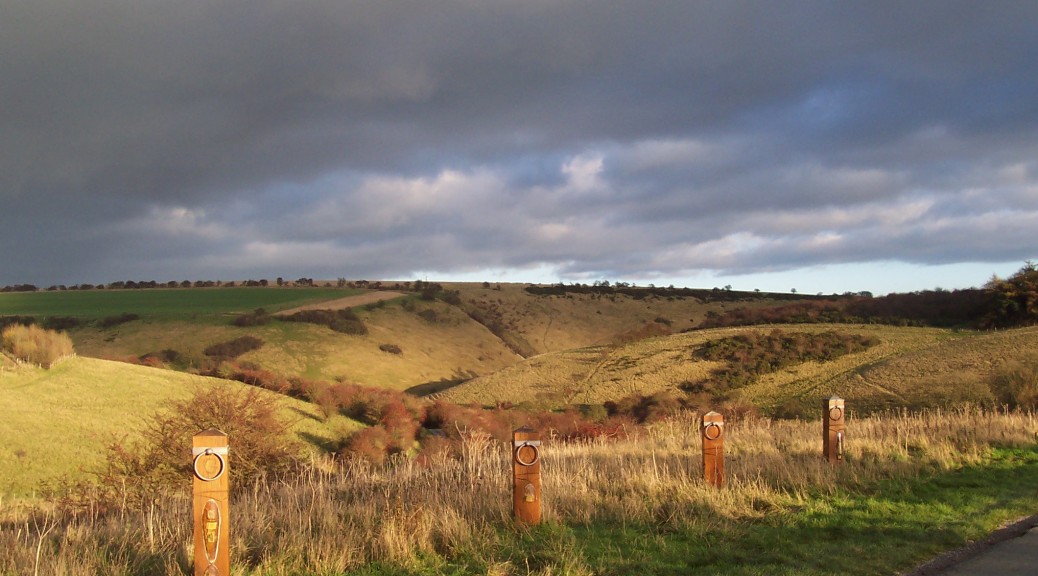 Once out of Goodmanhman the loop follows the Yorkshire Wolds Cycle Route on its slightly lumpy way through Londesborough, Burnby and Pocklington, Kilnwick Percy, Millington – and the beautiful Millington Dale – on to Huggate. From this point the loop deviates from the Yorkshire Wolds Cycle Route, instead carrying on through the village and taking a right turn on the long and satisfying descent to North Dalton. Years ago there was a tea room in the old school house in North Dalton, but the pub is still there, reflected in its picturesque way in the pond you pass on the way to Middleton-on-the-Wolds.

Once past the school in Middleton don’t take the right turn to Warter, instead the next right turn goes through a small housing estate and brings you out on to the A614. A right turn here and soon after the second left towards Holme-on-the-Wolds and South Dalton. Keep on this road, however, and on a swooping uphill right-hand bend at a junction you will follow the road to drop down back to Goodmanham. I recommend the runny yoke Scotch egg breakfast at the Fiddle Drill, but only if you feel you have deserved it. 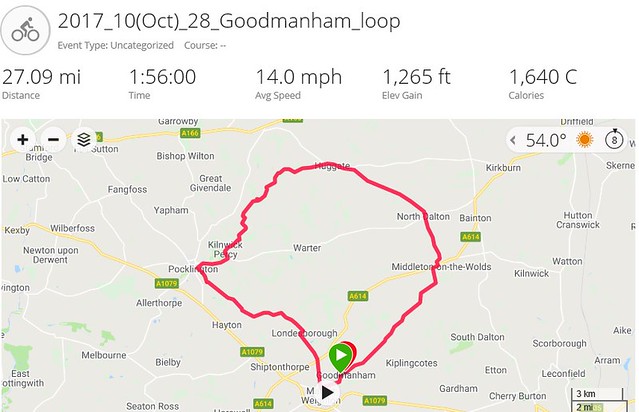