The B1246 east out of Pocklington is not the most pleasant way to start a bike ride, but the sightlines are good until the bend just before the turn off to Kilnwick Percy. (I’ll get this bit out of the way now: there is only one downside to this ride – but don’t let it put you off – as the road surface later between Burnby and Pocklington – at the time of writing – is not great.) With the KP golf course to your left and the Kilnwick Percy Hall meditation centre to your right there is a steady incline before dropping down and then climbing gently to the pretty village of Millington. In normal times the Gait Inn and Ramblers’ Rest are recommended stops, and shared with the Western Wolds from Stamford Bridge Big Skies Bike Ride, a later addition to the series of rides, at this overlapping point.

As the view of the dale opens up after a tree-lined descent there is the satisfying ‘S’ bend to negotiate before reaching the valley floor (you may have seen this and the roads around Thixendale in ITV4′s brilliant Tour de Yorkshire video). I tend to hold out for a tailwind through Millington Dale, described back in 2010 by Cycling Plus as a ‘hidden gem – an intimate valley-floor shimmy through luscious micro-Alps’. The highly photogenic Highland cows only ever seem to come out to play when I have a tailwind. With a headwind I might stop for a rest and take a snap.

On my last ride I heard for the first time the distinctive call made by a pair of Red Kites wheeling about over the valley. Watch out for them – as well as for the on-road walkers who seem to have increased in number just lately. Just as all good things must come to an end the six miles from Kilnwick Percy and the final push through Millington Pastures finishes by ramping up a fair bit and can catch out those who haven’t left anything in reserve. At the ‘T’ junction a left turn and a few more uphill pedal strokes soon lead to a downhill stretch on to Huggate. (Do take care to scrub off your speed as you enter the village. On a ride to Whitby recently my ride buddies and I were delayed whilst waiting for the ambulance to pick up a chap who had come a cropper on the gravelly, right hand band.) 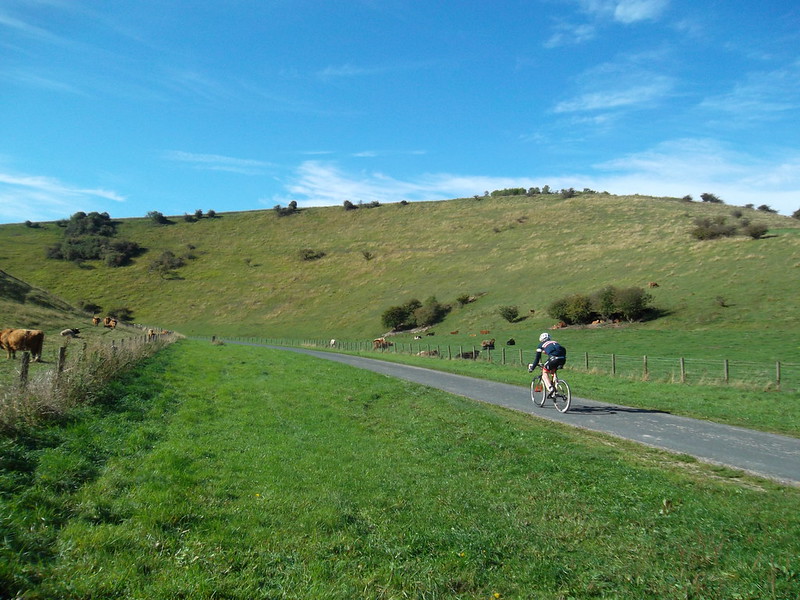 If you’re not in a rush the Wolds Inn has much to commend it – in these COVID times it currently offers a takeaway service by arrangement – but the route proper doesn’t go quite as far before taking a right turn to the long descent over Warter Wold. I’ve only ever ridden this road once uphill. It was teeming down as torrents of rainwater rushed by my front wheel as I lugged myself upwards. Perhaps that’s why I can’t bear the thought of going up that way again. Interestingly, the Pocklington Cycle Map suggests precisely that; its blue route (Ride 5: Challenging) does the Pocklington Big Skies Bike Ride in reverse. Maybe I’m just a bit set in my ways…

In Warter – watch out for the abrupt end to the road at the junction with the B1246 – it’s a right turn then uphill for a hundred yards or so before bearing left at the memorial and on to Back Lane (there’s also a car park which is suggested in the Millington Dale and Warter from Pocklington guide as an alternative start point). 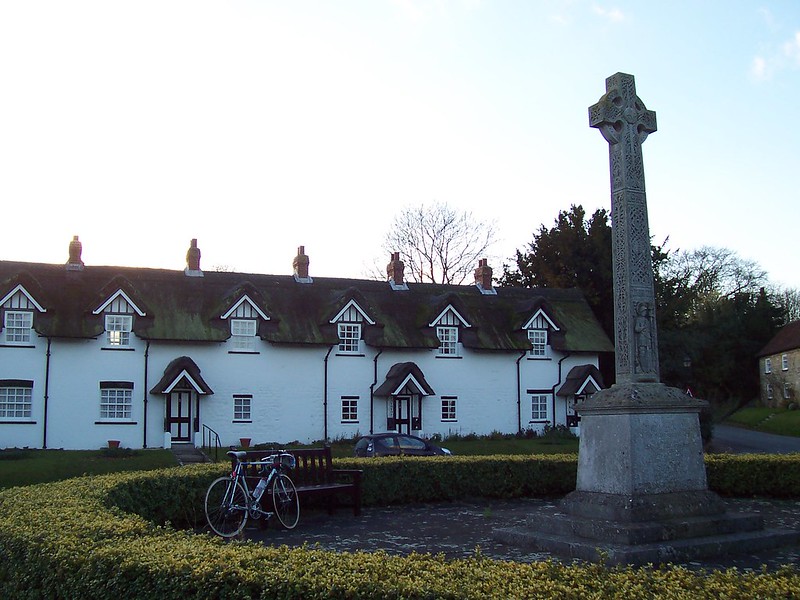 Back Lane from Warter is a beautiful, undulating, twisting route but it’s fairly narrow so watch out – the school bus passes along it – which ends after a sudden drop at the base of Totterdown (Nunburnholme) Hill. Thankfully, we turn right here rather than going left and upwards as we make our way to Burnby. One day I’ll find out if the impressive two bells in the church tower still work.

This is a lovely ride I first did a decade ago when I picked up the excellent Big Skies Bike Rides guide. Millington Dale is a highlight of both the Way of the Roses and Yorkshire Wolds Cycle Route and is well worth the effort of seeking out.

See also a Strava segment for this route.

A wonderful 50-mile loop from Pocklington >>>