What’s the best moment so far from all the TV coverage of the Tour de Yorkshire? Thomas Voeckler gurning his way to victory along the Scarborough sea front? The cheering crowds on Sutton Bank as the riders winched their way up to the stunning edge-of-the-Moors viewpoint? Jadan-Weldtite/Vive le Velo-sponsored 17-year-old Georgi Pfeiffer claiming the queen of the mountains on the Côte de Baggaby Hill between Warter and Pocklington? Admittedly these are all excellent moments, but the answer, of course, is Brian Mussen cycling around Thixendale and Millington, and having a nice cuppa outside the Ramblers’ Rest in the Yorkshire Wolds. (I’m going all misty-eyed thinking about that video again.) Brian is the secretary of Scarborough Paragon Cycling Club, based in the seaside resort that borders on to the North York Moors. But when location shooting took place to promote the 2017 edition of the Tour de Yorkshire it was to the empty lanes and quietly testing climbs of the Yorkshire Wolds that Brian and the camera crew headed. 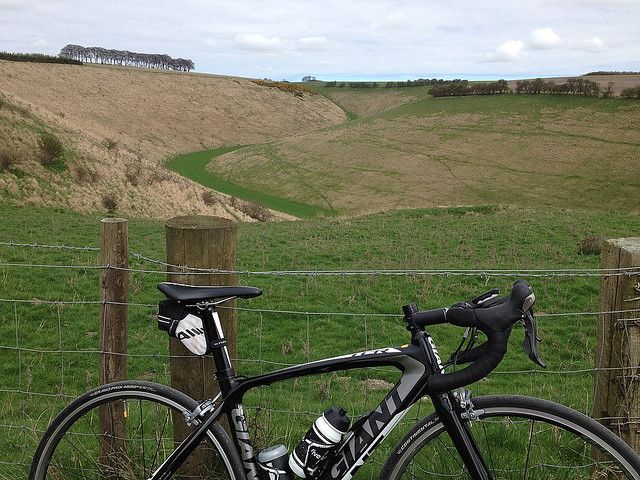 Burdale is one of those short, punchy climbs you face as the East Riding of Yorkshire gives way to North Yorkshire and one that the producers asked eighty-five-year-old Brian to take on for their TV advertisement. It was also the toughest hill among those encountered on the Big Skies Bike Rides – until Stamford Bridge was given its own ‘ Western Wolds Bike Ride ‘.

Here’s what John Woodcock, for the Yorkshire Post, wrote about this part of ‘Thixendale from Malton or Norton on Derwent’:

A couple of miles on you start pedalling back to Malton. That is you would if you were of Tour de France standard. At this point most average cyclists will have to dismount and push the bike up to the plateau above the remains of the medieval village of Wharram Percy.

I could have sworn that my fastest ascent would have been the time we were chased up the hill by an enormous tractor – its ballooning tyres never far behind the last-placed rider – me – as we made our way to coffee and cake in Sledmere. No, my ‘PR’ for ‘burdale climb’ currently places me at 1167/2447 which I recorded on the way to scrape a ‘Silver’ time on the 150km Big G Cyclosportive back in 2016. (Needless to say the effort meant I blew up on Birdsall Brow when just about everyone overtook me again.) 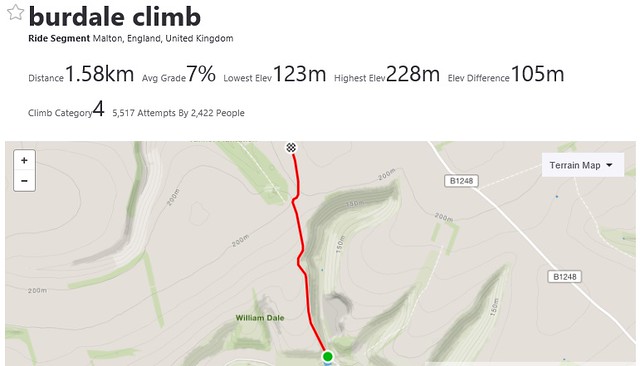 It may not be the most testing of climbs, but the views from around Wharram are a delightful reward for getting over the top of this gravelly, twisting ascent. And as you take the big right bend near the top spare a moment to check out where you’ve come from. Such a lovely, unspoilt view. 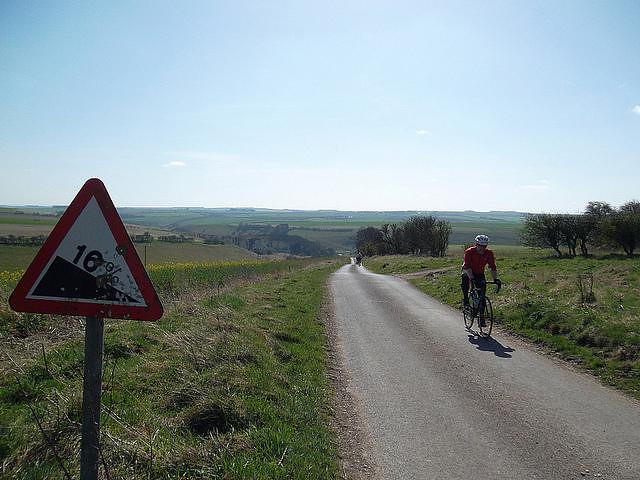 Francis takes on Burdale during his first 100 mile ride

If, having conquered Burdale, you would prefer to avoid the occasionally busy B1248 there is an off-road route starting at a bend and not long before the main road to which it runs parallel. It is literally sign-posted by a Yorkshire Wolds Way marker (see photograph below). I’ve ridden it once. From memory it’s a bit stony and I would imagine it would be rather squelchy in parts after a downpour, but it’s there as an option. Just keep an eye out for the end of the track and the point at which you will pop out of a hedge and on to the minor road that takes you towards Grimston. 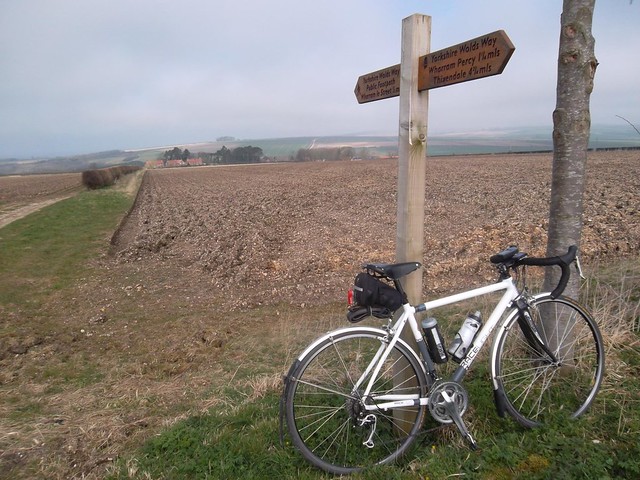 A loop of around 30 miles from Sledmere that includes Burdale: 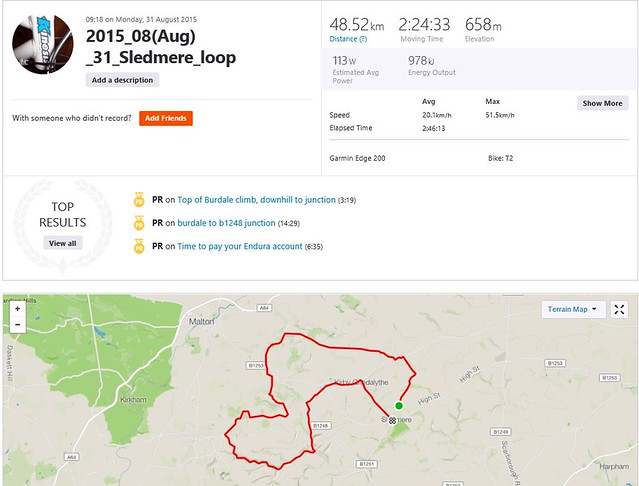