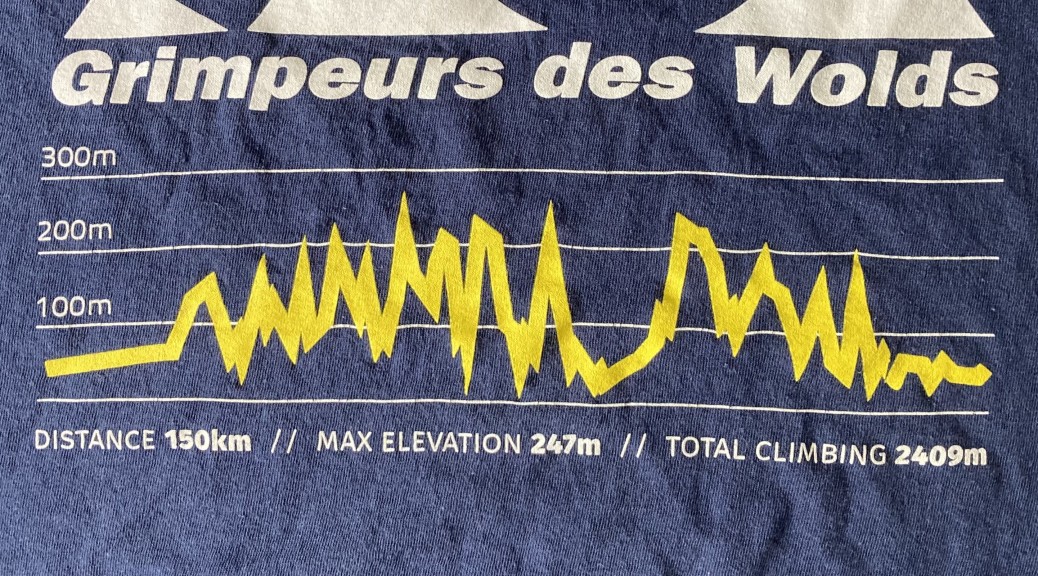 ‘Big J’ is Joel Wainman, a highly regarded former member of Hull Thursday Road Club who has been diagnosed with Motor Neurone Disease. Joel has two young sons, and a friend of his has set up a Just Giving page to help during this terminal illness. Sunday 21st August 2022, is the date of the Big J Sportive, organised by Hull Thursday Road Club.

I’ve ridden two Hull Thursday Road Club sportives and I hope to ride this one next month. So I revisited the now defunct web pages I blogged back in 2013 and 2016 to remind myself of both events. I reproduce them below in case they might be vaguely useful to anyone thinking of entering any of the 2022 distances. I understand that the routes for the Big J will follow those of the Big G, but they don’t appear to be detailed as yet on the events pages. So I’ve included my Garmin Connect and Strava activities should anyone wish to view either the 100km or 150km routes. (Note that my ride from 2013 was from the old event headquarters in Molescroft; subsequent rides set out from Bishop Burton.) 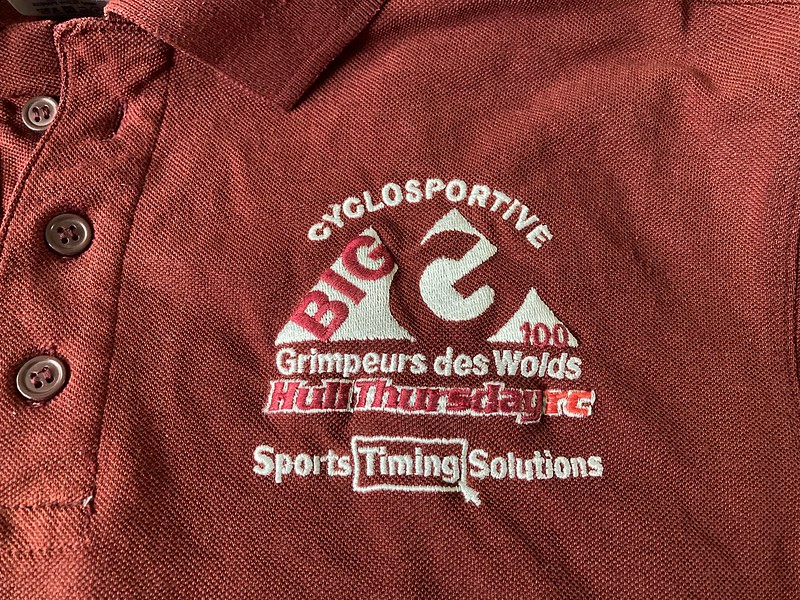 Yesterday, I finally managed to take part in the Big G Cyclosportive after illness, holidays, a wedding and other distractions prevented me from giving it a go in previous years. This was only my second sportive after completing the Heart of the Wolds back in April. Once again I was unprepared and carrying a bit too much weight, but I enjoyed a dash around the Yorkshire Wolds with some faster, younger cyclists.

I quickly latched on to a group of riders from the Beverley Knights and Hull Thursday clubs. As with my previous sportive, the help of others in sharing the work would prove invaluable; I was rather optimistically hoping for ‘Gold’ in this event. Thankfully, the weather provided a break from the recent heat wave; a few minutes after I had applied sun cream we found ourselves getting rained on as we left Molescroft.

The 100km route avoids the hilliest roads found on the 160km event (Burdale, Birdsall, Hanging Grimston etc), but still throws in some testers. A few riders overtook us, but we pulled back more, particularly on the uphill sections.

I won’t detail the full ride (view the ‘Player‘ link on Garmin Connect). Instead a few highlights for me were just about holding my own on the eight short climbs, being reminded to pedal on the way downhill (old habits die hard for us old cycletourists) and seeing so many riders out on the Wolds.

I was slightly disappointed that, after holding it together on those climbs, I was finally dropped on that little dink out of Etton. But by then I knew that – barring an accident or p***ture – I would get back to Molescroft within the Gold standard time, so it wasn’t a complete collapse. I managed to keep going and got back in under four hours. I was rather chuffed with that.

I really enjoyed this event – and the company along the way. Big thanks to all from Hull Thursday who made the day such a memorable one, especially Dave. That pull through Kiplingcotes in to a head wind had me at my limit. I couldn’t face the post-ride pie and peas (and I think there was a goodie bag I forgot to pick up), but I now have a snazzy maroon Grimpeurs des Wolds polo shirt that matched my complexion nicely. Next year, maybe the 160km ride…? 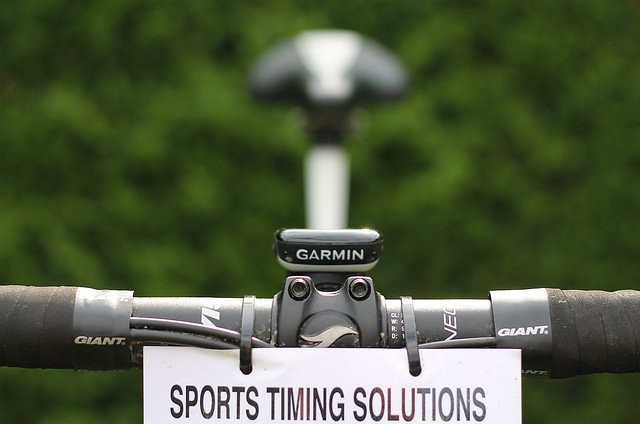 I never knew Graeme Forrester – the ‘Big G’. A photograph of him appeared on a poster on the wall at the Bishop Burton College headquarters earlier this month. I’m sure he would have been proud of the efforts made by his club, Hull Thursday, to put on another successful event in his name.

This was my first 150km Big G, and I could have done to have been better prepared for it. Instead, along with a few ride buddies, I used it as preparation for a weekend doing the Way of the Roses coast-to-coast route. I have to confess it was more of a struggle than I had imagined, but there was a real sense of satisfaction in getting round in a half decent time.

I mention the time – yes, I know these sportives are not races – as time had a bearing on how the day went. Four of us – five on the day – had talked about aiming to get round within the seven hour cut-off for the ‘Silver’ standard. Paul and Rob had done the event last year and were disappointed in getting back at around the 7:20 mark. So we would all ride around together. That was the plan…

And so it was that between South Dalton and Holme on the Wolds we were overtaken by a group that contained a bloke with a huge knapsack on his back and another who appeared to have come straight from a game of five-a-side. Despite not being a competitive cyclist it felt wrong not to hitch a ride with this group and gestured to Jason’s mate Martin – the fifth member of our quintet – that we should get on the back for a bit of a tow.

I knew I would struggle on the middle third: Hanging Grimston, Thrussendale Road (Acklam North) and Painsthorpe Lane so, with the wind at our backs, I tagged along. The others I had set off with didn’t seem quite so keen to latch on, but as they are all lighter, younger and fitter I decided it would be prudent to take shelter before I inevitably fell off the pace before being caught.

It didn’t quite work out as planned. The knapsack group stopped at the roadside just before North Dalton and I rode with Peter – who I had mistakenly believed was one of their number – up the steady drag towards Huggate. Like me Peter was rather out of condition and we left each other on Life Hill. On that little dink just before the Sledmere road someone flashed past me. I would later hope it was the chap who got round in just over five hours. Five hours!

I was surprised that I got up Burdale in my quickest time to date. Last time we were chased up by a tractor. I think I may have overdone things as I struggled all the way to the first feed station after this. I couldn’t ignore the rain any longer so on with the ‘race cape’ just past Wharram-le-Street and I stopped again at Birdsall to double check that my rear brake blocks weren’t rubbing against the rims. That’s how much I was slowing down

I also wanted to get in as many miles as possible ahead of the inevitable downpour, but the heavens opened before the Thixendale ‘feed station’ – the village hall – and after a wave of riders overtook me on the ascent of Birdsall Brow. Those cyclists included Martin and Jason. Rob and Paul were not with them.

The grub on the Big G is highly regarded. So much choice – and plenty of it. I needed a longer stop than Jason and Martin, but I was ready to get under way in the rain just as Rob and Paul fetched up. I said I would get off as I needed a head start on them in any case.

I did not enjoy the next bit. More people dragged themselves past me on the steep road out next to the village hall. The only rider I overtook was Peter who I wouldn’t see again until Bishop Burton. The descent of Uncleby hill was just as terrifying as I had expected then the world and his wife – actually, two wives including one on a steel bike with disc brakes – went past me up Hanging Grimston. I did see Jason again. Just before the first (open) gate he was at the roadside replacing a punctured inner tube. Reader, I passed by on the other side. On Thrussendale Road two people ahead of me were pushing their bikes. I know I was really struggling by now, but I swear they were going up faster than me.

The rain and gravelly surface slowed down the usually wonderful descent of Greets Hill and I was grateful of the arrows fastened to wooden stakes pointing the way as I was unfamiliar with this part of the route up to Bugthorpe. On this section – despite an ever present drizzle in the air – I took off my cape just as the grinning duo of Jason and Martin whizzed past. Fair enough. I needed more grub and a bit of a stretch. Painsthorpe lived up to its name and I negotiated the mini waterfalls that formed a margin at each side of that poorly surfaced road.

I have never enjoyed passing through Millington Dale less than on this ride. Fatigue and inclement weather combined to somehow make this spectacular stretch of Yorkshire Wolds cycling a depressingly joyless affair. Fortunately, I perked up after the second, excellent, feed station just south of Huggate. I had only taken one small bottle on this ride and gulped down perhaps a litre of water and took some more goodies before pushing off just as Paul and Rob arrived.

Actually, it wasn’t until getting up Nunburnholme – where a bloke running overtook me – that I felt energised again. For much of the day I had overtaken and been overtaken by various members of Cottingham Road Club. They had either been waiting for those getting up some hill or other or standing around whilst one of a series of punctures was being fixed. (There were an alarming number of punctures that day.) So I latched on to some of them and chatted to Gary as I was dragged along through Kiplingcotes Valley. At the right turn I promptly fell off the back as promised but, idly curious about whether I could still get back under seven hours, I made a bit of a last gasp effort to beat the clock.

My Garmin recorded a moving time of under seven hours, but this particular model does not display overall time elapsed. Back in the Bishop Burton College canteen Jason steered me to the Sports Timing Solutions van and a monitor that shows finishing times. Is it sad that a man of my advanced years can be so chuffed at getting a virtual ‘Silver’ medal? Er, yes, probably. But cycling is a broad church and I reckon there is room for deriving pleasure – now and again – from testing yourself, even if it’s not a race…

I enjoyed all the hospitality of the college, the Hull Thursday members, my Warners massage and a catch up with my four ride buddies. Rob and Paul had shaven ten minutes off their 2015 times. Next year under six hours, anyone? 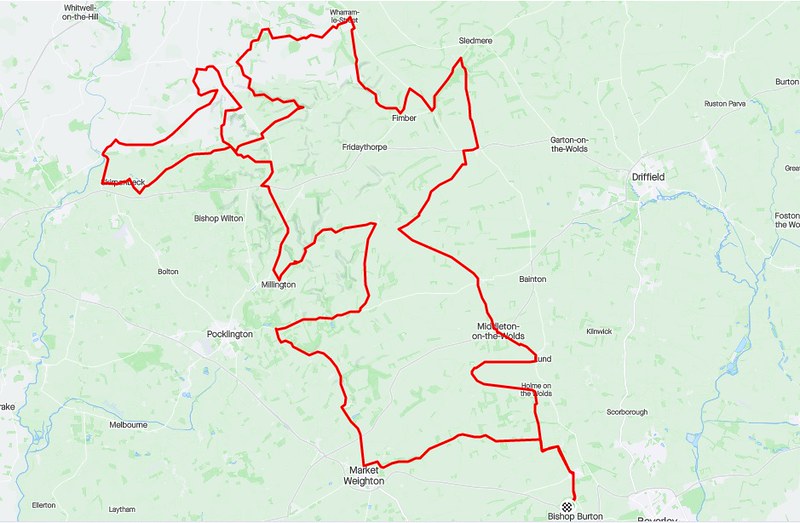 Visit this link to my Strava activity from 2016 to see the 150km route.

Well, I hope I haven’t put anyone off with these accounts. Best wishes to those who ride the events in aid of Joel.

A pal of mine is helping to organise a local sportive, it’s called the Big J and is in aid of a good cause, so I’m now plugging it for him…https://t.co/QyGMDw83pR#yorkshirewolds #cycling #sportive